This was a year of healing. From moving homes to moving jobs, it was about acknowledgement that I wasn’t in a good place and pulling myself out of it. This year was about establishing boundaries and routines so that I could move forward rather than continually floundering like a fish out of water. When thinking about the question “do you save the world or enjoy the world”, I definitely took a moment to enjoy the world this year.

I got a chance to take an amazing 6 week break in the later half of the year that I realized I hadn’t done since I finished my Masters. I read more than I’ve ever read before (20 books!), wrote a lot more (a blog entry every month), and finally got around to pursuing some interests that had long been on my mind (improv, urban planning, Sindhi culture, poetry, Islamic art and architecture).

The intention of the year was originally positivity, as I think I was under the influence of a lot of negativity. However, I was a lot quicker to realize when I was doing myself a disservice and needed to pivot to take action. 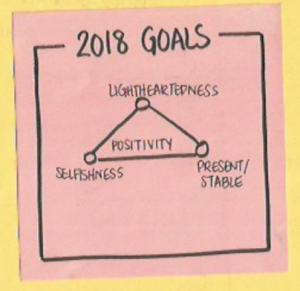 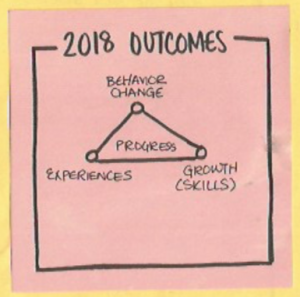 I definitely feel very fortunate to have been in a position where I had the resources to create change in my life. I believe I feel the happiest, healthiest, and calmest I’ve been in the Bay Area (excluding whatever bog-wash happens in the dating scene). I’ve been lucky to have cobbled together an awesome support system full of friends and family.

Nesting has also been a large part of my year. The ability to create an environment where I truly feel comfortable alongside being a space to invite company into.

In comparison to other years, it wasn’t a crazy travel year (with the exception of my trip to Morocco, Spain, and Portugal). Whilst in previous years, my life used to revolve around travel, this year I actually got to spend more time in the Bay (or so it seemed mentally). Perhaps it’s a subtle indication that I’m finally accepting California as home.

I also got a chance to dip my foot into teaching and public speaking a bit more which I hope to continue in 2019 through speaking at conferences and Toastmasters (as well as continuing improv classes). While I have a tendency to dabble in a lot of things, I’ve reached a point where I would like to develop a certain level of mastery and continuation to feel more grounded. For 2019, that includes volunteering regularly, improv class (more than just a foundational class), dance, and exercise.

As I enter 2019, the theme that sticks with me centers around contentment. As a Type A individual, I’ve always believed that if I study hard enough or put enough effort into a particular activity, it will lead to success. However, there are quite a few things that are out of one’s control. Rather than celebrating successes, I’ve often found myself wondering when the other foot is going to fall (and a wonderful friend told me that even if the shoe falls off, you can just put it back on).

Another theme I’m focusing on is acceptance. As someone who feels a lot of social pressure and guilt to be a certain way or do a certain thing, I (as I’m sure others have) have struggled to accept myself and my surroundings the way they are. I still believe that progress is one of my core values but everything exists in harmony. Acceptance is the other side of the coin of progress (or so it seems). It also sparks a question that has been top of mind for me: What is the balance between being open to opportunity and yet knowing what you want? 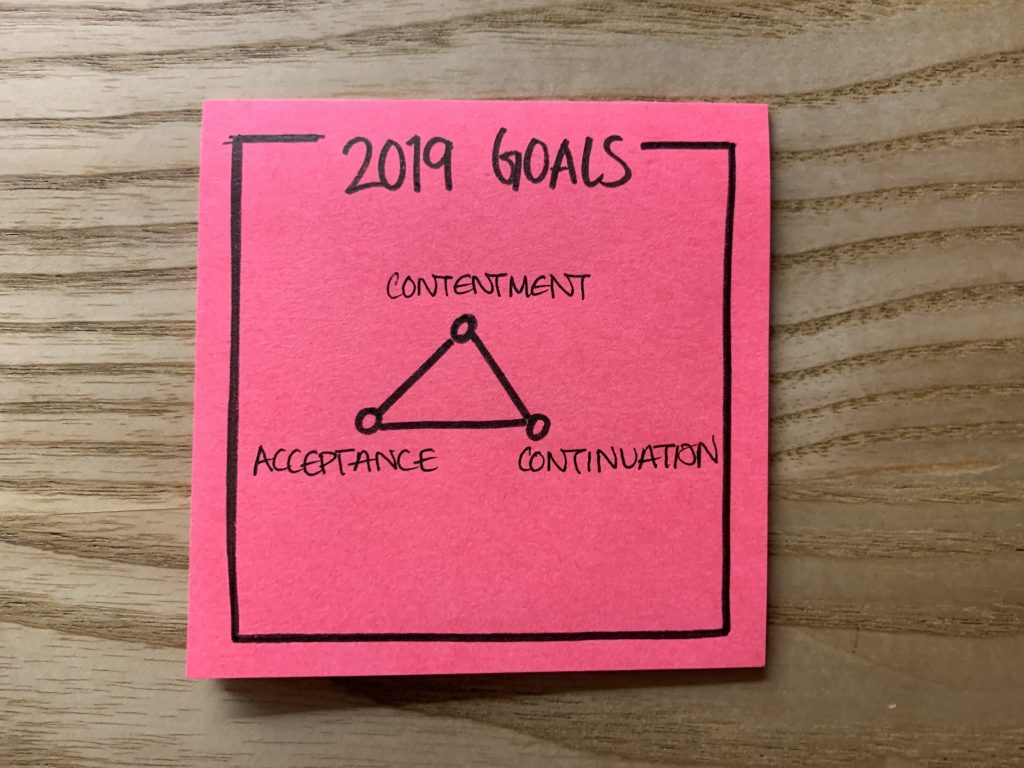 I realized I’ve been repeating the phrase “the days are long, the years are short” consistently in my head this year.  It’s crazy to think I’ve lived in the Bay for over 3 years, had 3 different jobs in that amount of time, and lived in 3 different places. Here’s to 2019, a year full of hope for what’s to come!