At the end of last year (2015), I made a personal promise to myself to dwell in the happy moments. As a designer who is paid to be critical at work, I could see the criticality seeping into my personal life. In an effort to not continuously hold on to negative thoughts, I started a Happiness Jar for the year. While social media apps have attempted to do this from Facebook to Snapchat, I wanted something a lot more analog that would force me to do a tangible action and literally “bank” my sense of euphoria about something.

Prompt for the Happiness Jar: Write down a simple phrase from the moment that made you happy (with the date) and put it in the happiness jar. At the beginning of the new year (or end), open it to see and reflect on all the moments that made you smile, laugh, or just uplifted your day just a little.

As a serial documenter, I was very excited to do this. I combine my 5-year-journal writing time alongside writing out my happiness moments whenever the time afforded me. 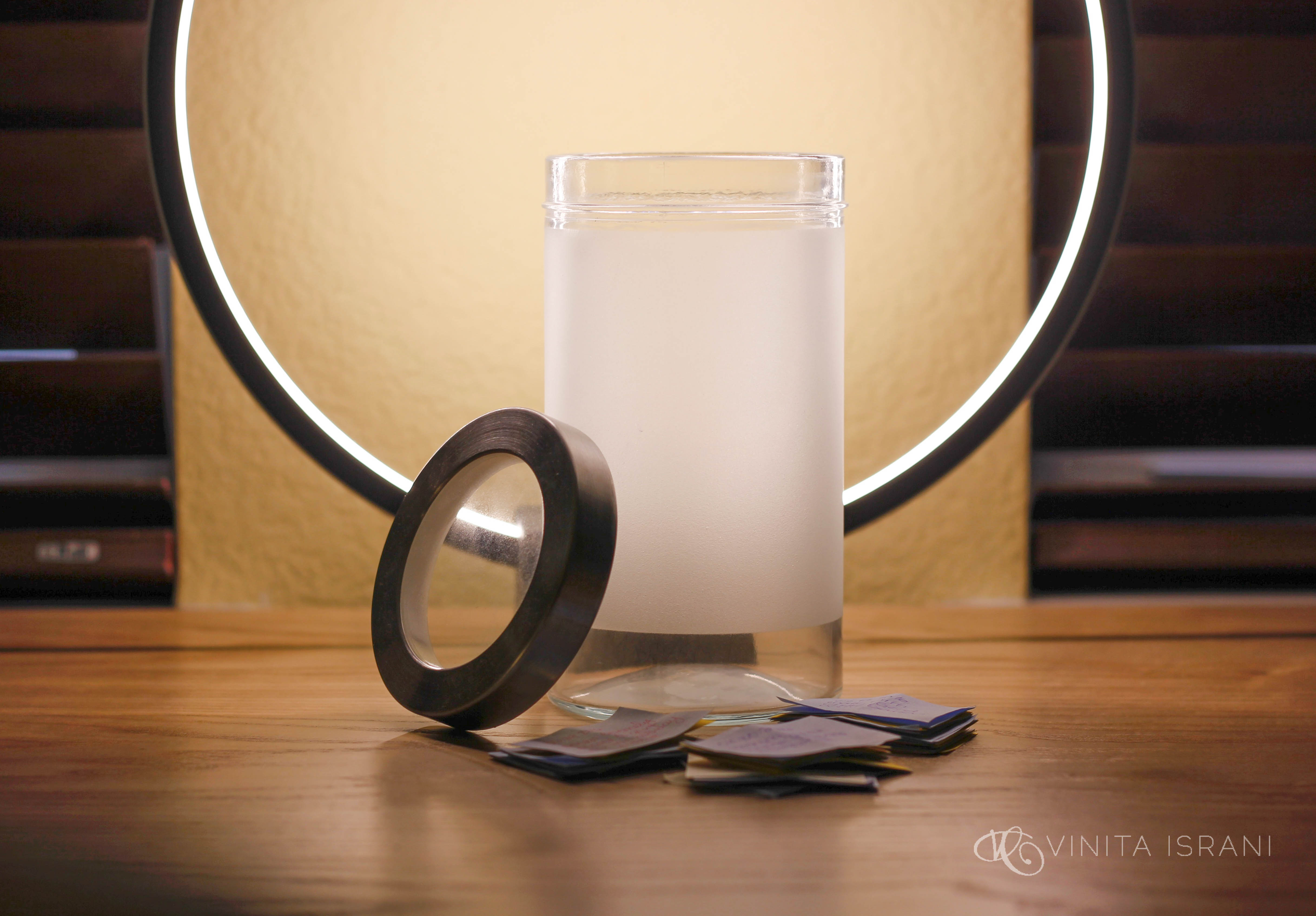 In true self-quantification fashion, I thought I’d write up some of my reflections going through them.
The chits (74 in total) fell into one of three categories:

1. “Me” time – moments of self-reflection, self-discovery and exploration
2. “SO” Time – experiences with my significant other
3. “Dates” – dinner dates with friends, celebrations with large groups of people, etc.

In true nerd fashion, I even plotted the number of chits by month:

I didn’t track my happiness levels throughout the year, but looking at this graph I can get a general idea of my levels. March and April were stressful months as I was starting a new role and by December I was a bit burnt out.

One surprising thing I found was that there weren’t very many chits with regards to work. Perhaps I have better mental separation than I imagine (or just forgot to document them), I realized I find a lot of happiness in experiences outside of work. The exercise also helped me re-focus my priorities for the year. While I’ve always been pretty sure that these are the things I spend the most time on, it was amazing to see it quantified in some way. My closest friendships were also quantified by the number of chits (although I’m not telling any of them the numbers :P).

It is EXTREMELY hard to try and do it everyday. I would recommend doing it once every two weeks. It provides a great time for reflection and you can usually remember euphoric moments up to two weeks after the fact. After two weeks, stuff does start to fade. In the ideal situation, you would be able to write it down immediately (which you could possibly do on your phone, and convert them to a written form later).

While I’ve decided to not do this exercise for 2017, I think it provided the valuable lesson of understanding what contentment means to me. While being continuously happy is something we all expect to be, sometimes it’s these small moments that keep you fulfilled until the next ones. I would highly recommend this exercise to anyone who wants to understand:

1. What does make them happy (who and what)
2. What they spend their time doing (how, when, and where)
3. Appreciating what you already have (why)