I’m constantly overwhelmed, underwhelmed, and confused by the changes within the “app system” that currently exists and the constant modifications to workflow that don’t seem to actually lead to any greater productivity.

The new release of Inbox, by Google  has what put the final nail in the coffin for me to write this blog post. While the interface is colorful and seemingly attractive, I have yet to find a good use for the app.

When trying to compose

This is by no means mean to discredit the work of many designers and developers that labored hours to create this app, but I am still left with the fundamental question of why? I don’t see this app doing something that has not already been done on the market.

There seems a really rich interaction space that isn’t utilized and I feel like I’ve seen many apps try to pounce on this territory unsuccessfully. This visualization hints at not only the number of apps / services that I use in this space, but you can also see that there is an opportunity here. 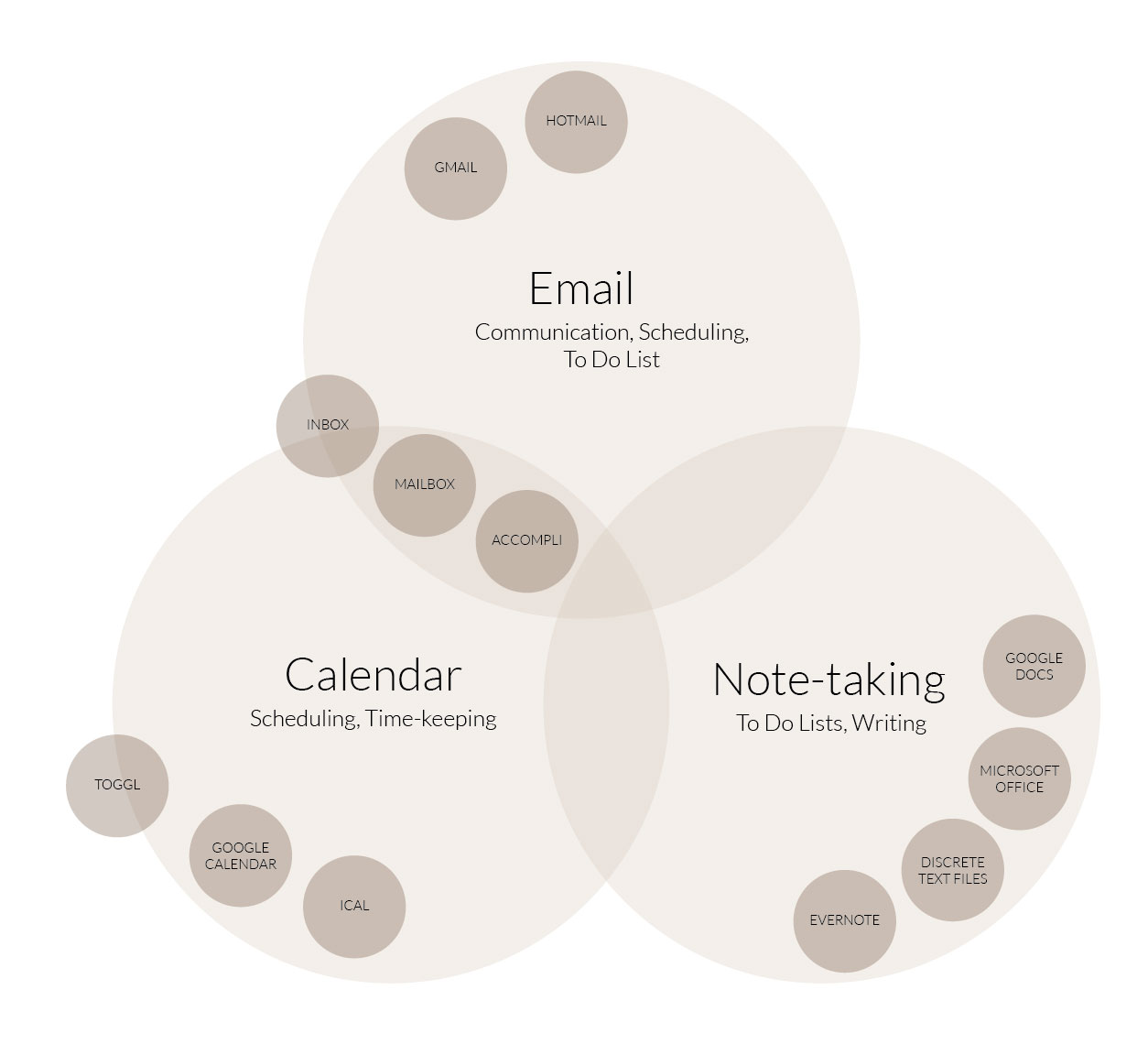 There has recently been a trend to take up real estate on the smartphone. From LinkedIn producing many apps for various functions to Facebook’s Messenger’s recent divorce from the main app. There’s apps being build for more apps / services like Surge Protector for Uber. The proliferation of these apps seems almost meaningless if there is no intent behind it.

And then there are articles like this that talk about how companies are trying to design more holistically so that they fit with our user flow. However, cards can’t just solve this interaction design problem. There is more needed. Much more.

And designers are working on these problems everyday, struggling to think about the entire service system, the company’s design language both in the past and future, as well as researching and looking at competitors. But with the creation of each app also comes new terminology and a new flow that a user must learn. For example, I didn’t initially understand what sweeping, bundling, or pinning meant:

Change comes gradually and eventually, but it seems like are always trying to do a massive overhaul. Google’s material design is a prime example of that. Not to say that it wasn’t needed. I think it is definitely a step in the right direction, but it seems like we’re focusing on the wrong information spaces. Or maybe we should be looking to the past, to recount how we existed on this earth, long before the invention of the smart phone or apps. A lot of it differs from individual to individual. I remember when Mailbox first came out and was thought of as revolutionary because it identified a certain kind of workflow: users that use their emails as to-do lists. By studying human behavior more closely maybe we can identify and address these needs better.

Personal Note:
This is very much a first world problem. And the spoiled brat-iness that may come out in this entry is not meant to 1. discount the work of designers working on projects with an entirely different scope or 2. discount the work of the designers working on the kinds of problems mentioned above. Each has their own space. This entry was a way for me to articulate my thoughts as this was also a potential thesis project I was considering pursuing.

Excluding to-do lists out of this discussions seems silly. There are a variety of apps that also attempt to solve this problem by adding to the ecosystem of apps (Cheddar Plus, Evernote, Stickies, Clear, Wunderlist, Teux Deux, Todoist). Paid vs. free. Now that’s another debate.